Gannons developed a business succession plan in order to restructure the shares for two director-shareholders.

Gannons developed a business succession plan in order to restructure the shares for two director-shareholders. They wanted to pass equity on to the junior directors of the company.

Our two clients wished to retire from the business, which they had founded.  At first they sought to retain control as they passed the equity on. The matter was complicated as the company had significant value, and the directors wanted to avoid substantial tax liabilities. Gannons looked at their business and restructured their shares to achieve their objectives in the most tax efficient way.

We reviewed the company’s existing articles of association and found that these arrangements were not tax efficient. The founders had split the voting rights and the rights to equity between A and B shares. This was a popular move many years ago.

We advised our client to restructure the shares to create new share classes. These would be separate for the founders and the junior directors. These would preserve the ability to claim entrepreneurs’ relief, which gives a 10% rate of capital gains tax when a company is eventually sold. Additionally, they combined the former A and B shares into one class of share for the founders.

The founders had insurance. This would provide the other shareholders with funds to buy the shares from the estate of the deceased founder.

We drafted a cross option arrangement in the shareholders agreement using wording which mitigated Inheritance Tax (IHT) liabilities for the estate. The wording also enabled the company to deduct its contributions from corporation tax.

Based on the needs and objectives of our clients, we worked together to restructure the business and formulate the following business plan.

Tax efficiency on the new shares

The different share classes ensured the founders could pay different rates of dividends. The founders also wanted the younger directors to concentrate on running the business after the restructure without fear of interruption.

Hence we provided that on death the persons inheriting under the estate could retain the shares unless the cross option was initiated. However, the shares would lose voting rights save for upon the most important decisions.

We also provided a share capital table before dilution and post dilution to ensure the founders did not give away more than intended.

These were the order for sale, and the price to be paid for the shares. The price payable varied according to the length of time that the younger directors had been shareholders and whether they left to join a competitor.

This deterrent helps safeguard the company’s intellectual property and customer base.

The shareholders agreement also included provisions to force the younger directors to sell their shares if the founders found a suitable buyer at the right price.

Control of the board

Following the share restructure the founders wanted to keep their hands in and guide the younger directors. They wanted to do so without staying on as full-time directors, actively running the business.

We therefore advised that the founder-directors became non-executive directors, and step down from full-time involvement. The founders still had voting powers as directors, but not the daily obligations of full time directors.

We prepared non-executive director agreements. These set out their new duties and obligations. This would minimise the risk of claims against them for breach of duty as a director, thereby safeguarding their position. These new agreements also defined the issues upon which founder approval was required, thus allowing them to retain control over major decisions.

The younger directors gained power to suspend the directors if fraud or corruption was suspected. They also gave the company the power to place the directors on garden leave, if notice of termination of employment had been served. This acted to preserve the post termination restrictions. Finally they clarified the reporting responsibilities of the directors.

We advised the company on the shareholder resolutions required to vary the classes of shares and implement new share rights after the restructure. Following this, we filed the appropriate documents at Companies House. 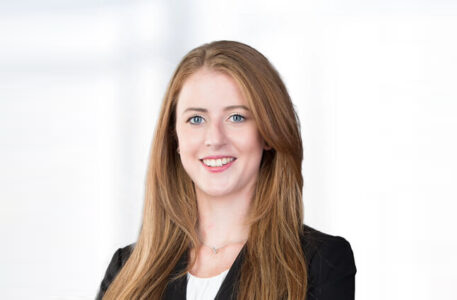 It all starts with listening to what clients tell me and explaining clearly what needs to be done cutting out waffle. Quick wits and an eye for how to get the job done well follows.

Implications of becoming an employee shareholder