We offer not just legal and commercial advice on a share transaction but also tax structuring and guidance on the commercial context.

We offer not just legal and commercial advice on a share transaction but also tax structuring and guidance on the commercial context. Furthermore, we work with the companies being bought and sold of differing sizes and complexities with typical deal values of up to £25 million. We work with the shareholders and investors personally who come to us for the review of the documentation they are signing up to.

To help you decide if we could help you we have summarised some of our recent cases relating to tax on shareholder transactions.

Tax advice on a restructuring

We have reviewed restructuring on a private limited manufacturing company in advance of a takeover from a competitor. Our client wanted us to review whether entrepreneurs relief would be allowed by HMRC for the shareholders. We recommended a tax structure whereupon the current shareholders were not required to pay income or capital gains tax when they transferred shares to a new holding company as part of the share transaction. We also obtained tax clearance from HMRC.

On this occasion we were working with a company on its purchase of its own shares from a majority shareholder.

With a share buyback, the company is required to pay for the shares at the time they are purchased. At that time, the company did not have sufficient distributable reserves to pay for all of the shares in full. However, drawing on our skills of drafting and knowledge of company law, we drafted a company share buy back agreement. This enabled the company to purchase the shares back in tranches whilst also being compatible with company law. Whilst this was a viable option for the company, any company wishing to buy back shares in tranches must ensure that it has sufficient distributable reserves to purchase each tranche of shares.

Resolving a HMRC investigation into an asset transfer

Our client transferred assets of a business to his wife who, for the purposes of the HMRC investigation, was a connected person.

If a transaction is not carried out on an arm’s length basis, as was the case here, HMRC have the power to substitute market value. HMRC was concerned that the disposal consideration did not align with this and opened an investigation. Our client previously engaged us to draft the documents in connection with the transfer. As a result, he was able to provide evidence to HMRC in support of the valuations attached to the assets. Such evidence included an asset purchase agreement and board minutes of the company documenting the rationale behind the valuations.

HMRC’s tenacity in pursuit of some investigations can leave clients exasperated. We were successful in providing a robust defence against a very tenacious HMRC officer.

Our clients wanted to sell part of their business. The buyer did not want to purchase a property owned by the business. This meant that in order to sell we had to split the business up.

Whilst our clients were delighted by the lucrative offer that they had received, this delight was overshadowed. By selling part of the business, the company was likely to incur a corporation tax charge. The shareholders were also likely to incur a personal income tax liability when they took the proceeds out as dividends. Since the acquiring company only wished to purchase part of the operation, and not the whole,  it appeared to the shareholders impossible to sell the company’s shares in a tax efficient manner.

We looked into the matter and prepared a feasibility study that designed a restructure of the company. This allowed the purchaser to acquire the shares of a new trading company and its assets, which were limited to the assets the purchaser wanted to acquire. Consequently, shareholders received the benefit of entrepreneurs’ relief. They paid capital gains tax at the rate of 10%, on what was a very significant capital gain. The overall tax saving amounted to several million pounds.

In order to achieve the desired outcome for the tax on the shareholder transaction, a series of steps were needed. We obtained HMRC clearance in advance for the steps. This was done by:

HMRC opened an enquiry into an entrepreneur’s business as an agreement could not be reached on the tax treatment received when he sold his business. In order to secure the desired tax position on the shareholder transaction, the matter proceeded to a tax tribunal. We provided support and guidance to the entrepreneur through the process.

At the tax tribunal hearing, we successfully defended a claim made by HMRC that entrepreneurs’ relief was not payable. 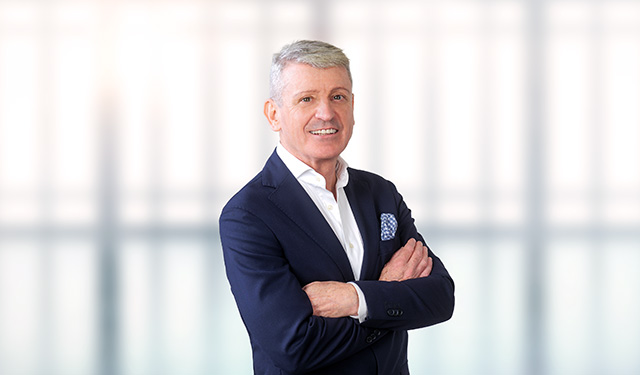 Shareholder leavers: the fall out