The key point to always remember is that the aim and sole purpose of mediation is to assess each party’s appetite to reach a settlement and not to argue the facts of the case; that battle is saved for the tribunal. To witness statements are produced.

Judicial mediation is offered by the employment tribunal as an opportunity for parties to reach a settlement privately and out of court.

The Employment Tribunal can set hearings for complex cases many months in advance and the hearing itself can last over a week, sometimes longer. Often the trail to be split into liability and quantum hearings, allowing the tribunal to first decide if the employer is at fault before holding a separate hearing on some later date to determine how much the employee is owed.

It is not uncommon for the whole process to take years from the date the claim is issued to the date an award is made. By which point, you will have spent a substantial amount in time and money. Judicial mediation affords you the opportunity to spare yourself from this arduous and burdensome process.

The first step is for the case to be assessed by a judge during the case management stage. If the employment judge decides that the case is suitable for mediation, the case will be referred and can be listed within one month of making the request.

When preparing for the case management hearing, both employer and employee will be asked if they are willing to undergo judicial mediation, and in most cases it is wise for them to agree.

It is entirely at each party’s discretion whether or not they wish to join the mediation. Mediation is arranged by the tribunal itself, and so there is usually nothing for the parties to pay, save for their own legal fees if they choose to be represented. If either party decides to withdraw at any stage, or the parties do not reach a settlement, the case will proceed towards a full hearing.

The mediator at a judicial mediation will be an employment judge, however the mediator will be acting in a completely impartial capacity and will not be passing judgment. If the matter does not reach a settlement, the mediator will have no further involvement in the case and will not be the appointed as the judge for the hearing. The mediation session almost always lasts for one day. Occasionally, it can spill into a second day, but never lasts longer than that as the parties are evidently not in a position to settle.

Before COVID restrictions, the mediator would begin by speaking to all parties together and then sit each party in separate rooms. The mediator will then visit each party separately, starting with the claimant, to discuss how to resolve issues and reach settlement. All discussions are completely confidential and if no settlement is reached, all that was discussed during the mediation cannot be used at the tribunal hearing. In the wake of COVID, this process is replicated using video conferencing software.

The most significant benefit to attending a judicial mediation and reaching settlement is the amount that can be saved in time and costs. The current strain on the Employment Tribunal means claims are taking months, if not years to end.

Alongside this, you have the legal costs associated with reviewing the case, drafting witness statements, preparing documents for disclosure, reviewing disclosed documents and then attending the hearings. Costs can rack up quickly to the tens of thousands.

Most of our clients, including both employers and employees, are personally affected by the case as they have either being subject to wrongdoing or being accused of wrongdoing. Often, the facts being argued are very sensitive in nature and can be challenging and emotive to discuss openly at a public hearing.

Giving evidence, being cross examined and being challenged at a public tribunal hearing means digging up and exposing these sensitive issues, sometimes years after the event. Generally, clients would rather put the whole ordeal behind them and move on. Judicial mediation offers this opportunity in a confidential environment.

The main remedy for an employment tribunal claim could be a combination of compensation, re-instatement or re-engagement. Judicial mediation brings flexibility in which remedy is sought that is not limited to those in the employment tribunal. So you can get a bit resourceful.

Other remedies might include suggesting certain measures are put in place, an offer for shares, consultancy or an agreed reference or apology. There are no restrictions and you are at liberty to bring anything to the table.

We have settled a number of cases at judicial mediation. The advantage of having the ability to negotiate before the case goes to a hearing is that you are, to a degree, still in control. As soon as you are at the hearing, you are the complete mercy of the judge and anything can happen.

The pertinent question to consider throughout the whole process is that while your claim might be worth a certain value, does the costs of having a case sat with the Employment Tribunal, for potentially over a year, outweigh the benefits of reaching an early compromise and allowing you to move on?

Judicial mediation may or may not be the best path to follow and our specialist’s employment solicitors will assess the merits and suitability of a claim on a case by case basis. No matter what stage you are at, we can help and guide you through. Please do call us on 0207 438 1060 for more help or guidance. 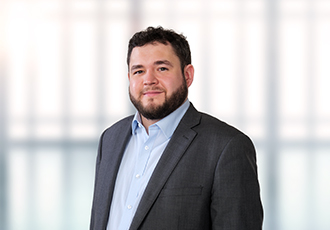